I have some curious cats.

Well, they’re all curious I suppose. But the fact that they love to investigate and get their noses in all the action sometimes worries me. 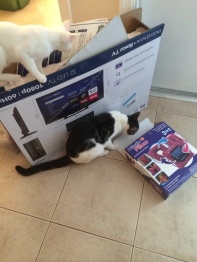 Once, I had an exterminator come by to check our attic, bringing quite a bit of gear he settled it all on the foyer. I had my sweet boy Tiger at the time and my little buddy proceeded to check things out (as if he worked for the security department). Sniff, sniff, sniff, climb. I really disliked seeing him climb on all that stuff so I took him to a different part of the house.

Before I could even manage to do that, he vomited severely.

That’s when I knew I had to get him out of there… I can only imagine the harsh chemicals that could have remained on this guy’s highly-concentrated bug sprayers! And I’m glad I did.

Now, when the pest control guy comes (a different one who uses more pet-friendly sprays), I put away my cats until it is all dry around the edges of each room.

Which reminds me this is why I use vinegar to mop the floor and a baking soda/vinegar paste to clean elsewhere. I hate what cleaners/harsh chemicals could do to my furbabies!!

You won’t believe how much of these poisons gets caught up in our furriends’ paws and fur, then consumed! Yikes!

Need more info on the subject? Check out Cornell.edu for some specifics on what to keep away from our felines (and pets in general). But read a bit down below.

Following are the 10 categories of potentially deadly substances found in or near the home that are most frequently asked about by callers to the ASPCA center: 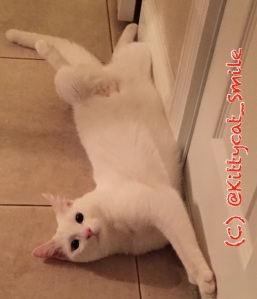 Happy New Year again to all!